William Edward Mayes was the son of a Yarmouth sea captain and, with the love of sea in his blood, he had a life-long passion for all things marine. Through his interest in boats he was credited for inventing the ‘Rowlock’.

On the formation of the new ‘Yarmouth and Gorleston Art Society’ in 1937, later to be known as the ‘Great Yarmouth and District Society of Artists’ which continues to this day, William Edward Mayes was a founder member of the Society and attended the first meeting along with C A Mellon as Chairman.

Retiring as Manager of a Yarmouth Foundry and on moving to Palgrave Road, William Edward Mayes could devote more time to his art. Cycling out on regular sketching trips into the Broadland countryside he produced watercolours depicting windmills, river scenes, general country views and the large expanse of Breydon Water so beloved by many Yarmouth artists of that period particularly S J Batchelder and C H Harrison whom William Edwards Mayes was so influenced by. 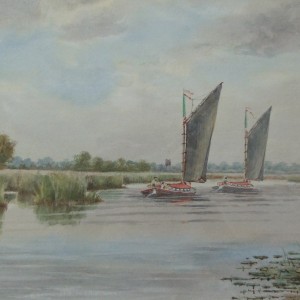 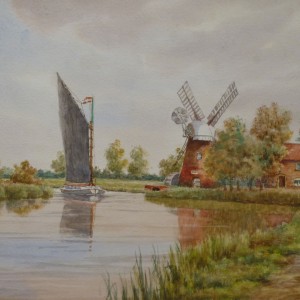 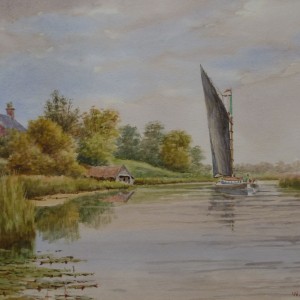 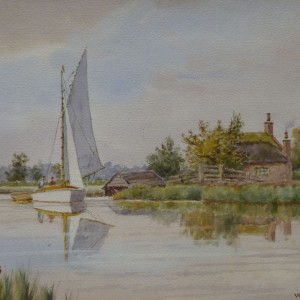 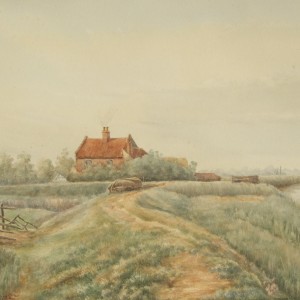 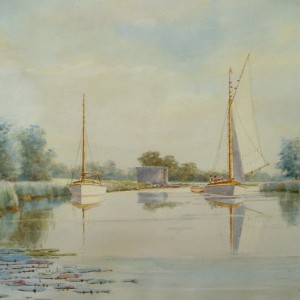 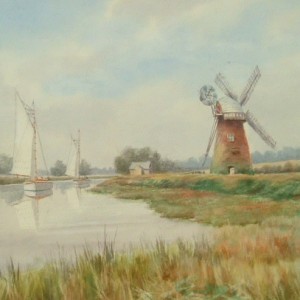 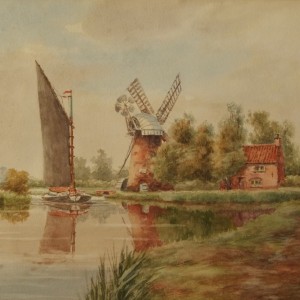