Rodney Studied art during the war under Donald Hood-Cree (Slade/Paris) whilst at Kimbolton School near Huntingdon.

He has had Paintings accepted by the Royal Academy and has been awarded several book prizes.

Following National Service, Rodney joined the creative studio of a London advertising agency and attended a 3-year day release course at the Elephant & Castle working with the leading London Transport poster artists of the day.

In the mid-seventies he took a sabbatical in the Dordogne region of the South of France to paint for real and pick the grapes at a Saint Emilion vineyard – In three months 26 watercolours had been produced of which 25 were bought by an art gallery in Bergerac. 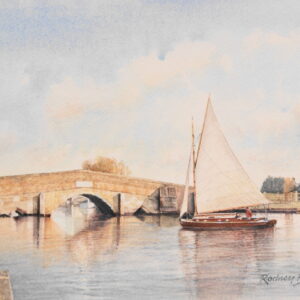 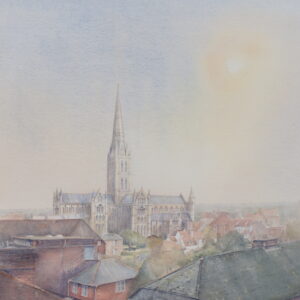 This painting is presently awaiting  to be framed.

Artist’s note – “The painting of Salisbury Cathedral was captured from the top of a multi-storey car park one late afternoon in July 2018 returning from a painting trip to Snowdonia” it was painted spontaneously on the spot (en plein air) in capturing the late afternoon sunshine on the spire. 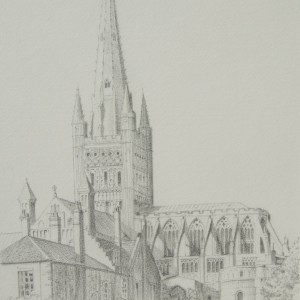 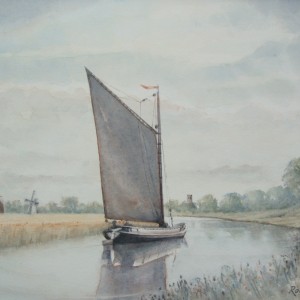 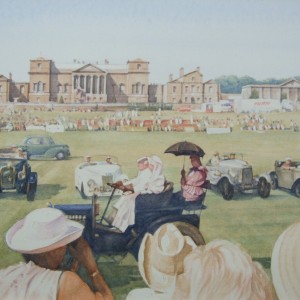 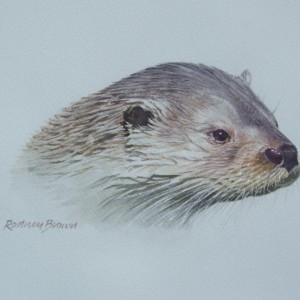 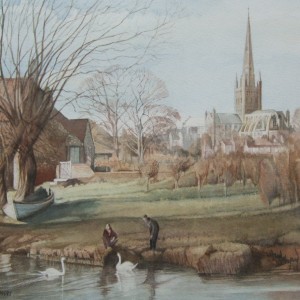 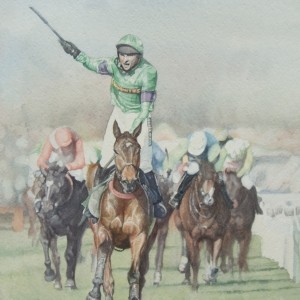