Phyllis Morgans lived at Walberswick, Suffolk and was the wife of Dr W M Morgans FRSC.

She trained at St Martin’s School of Art, London. Her career started in graphic art when she became a fashion artist and designer. Her love of portraiture took her into the field of oils and, in turn, led her to painting landscapes, seascapes, flowers etc. in all types of media.

She was awarded the Freedom of the “Worshipful Company of Painters” and was a member of the “Royal Glasgow Institute of Fine Art”. Her work had resulted in many awards including the winning of a national contest organised by the magazine “She” and the emblem of the “Tradescant Trust” was designed by her. She was chosen to represent the “Royal Society of Marine Artists”, the “Royal Institute of Oil Paintings”, the “Industrial Painting Group” and contemporary artists in municipal galleries and abroad.

Her work had also been favourably reviewed in the “Journal of the Federation of British Artists”, “Arts Review, London”, “La Revue Moderne, Paris” and “Diario da Manha, Lisbon”.

Phyllis Morgans held a considerable number of solo shows and many of her works had been reproduced, several in the “Laing” calendars.

Public and private collections throughout the world contain many of her paintings. 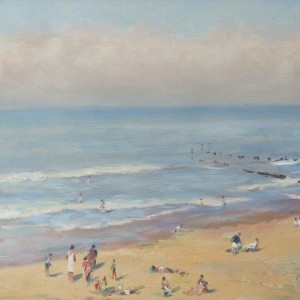 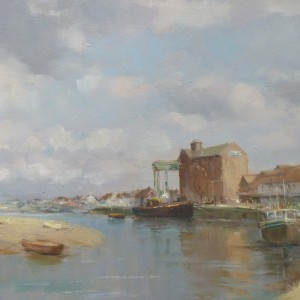 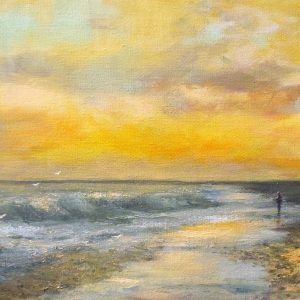