After gaining a scholarship to Twickenham School of Art, Pamela studied commercial art for three years, subsequently working for a London studio.
Leaving there to get married she developed a freelance connection working on a variety of commercial subjects and designs.

In 1970 she found herself in a position to abandon commercial art and devote herself exclusively to painting the subjects of her choice, chiefly flowers and landscapes of the English countryside.

The entirety of her work was executed with great attention to detail being the hallmark of her paintings. She worked in all media, favouring acrylic, oil and gouache. Her pictures were used extensively as reproductions for greetings cards and calendars.

A miniature by her was judged the joint best in show at the Hilliard Annual Exhibition of 1987, receiving the Suzanne Lucas Award. Further honours included the Best in Show in the international section of the Ulster Society of Miniaturists in 1987, the second prize of the Fairman Members Subject Award in 1992 and the Llewellyn Alexander Award in 1994. 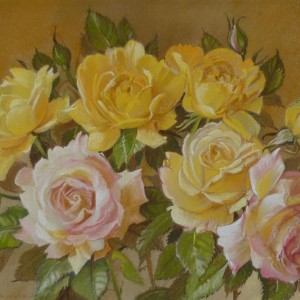 A Spray of Yellow and Pink Roses 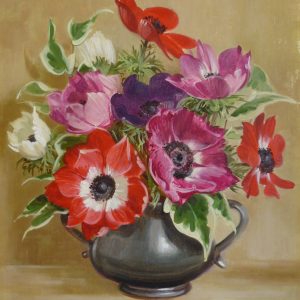 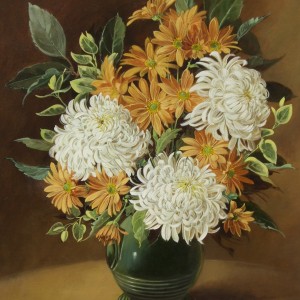 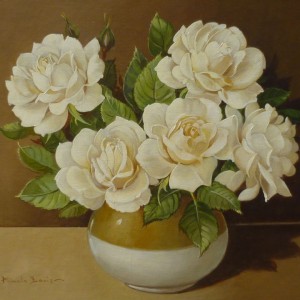 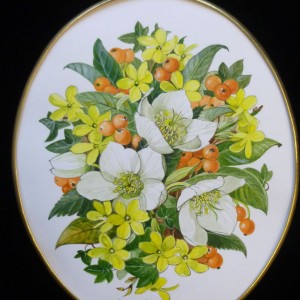 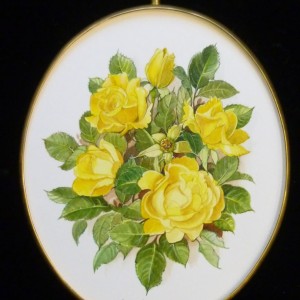 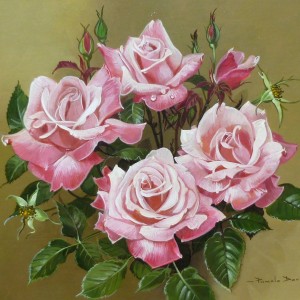 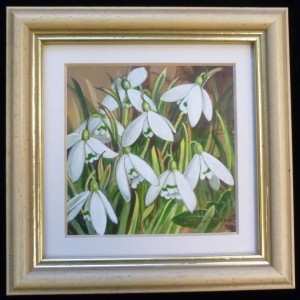