Kenneth Ryder was born and educated in London, studied at the Royal Academy of Music and came to Norwich in 1963 as Organist of St Peter Mancroft where he continued to centre his career as a professional musician, in which context he was well known throughout the UK. He had the opportunity to train as an artist at an early age but a musical career was an inevitable outcome of his schooling.

He painted in watercolours and oils all his life, following in the footsteps of his maternal grandmother and his paternal great grandfather who was a professional artist employed as a designer of Victorian stained glass. He was particularly interested in painting still life involving differing textures – glass, metal, stone, wood, pottery, fur etc – and he was fascinated by cloud effects.

In March 2006, Kenneth Ryder and his cats ‘Nutmeg’ and ‘Ginger’ who were both featured in many of his paintings, moved from the Cathedral Close to Aylsham in Norfolk to enjoy his retirement. 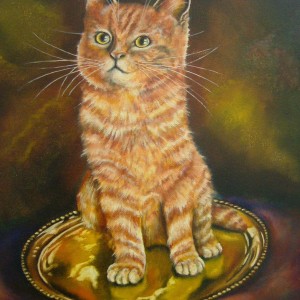 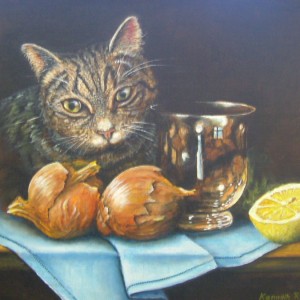 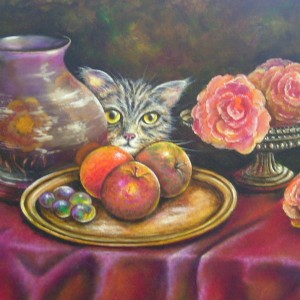