Keith Johnson was born in South Pickenham, Norfolk in 1931 of farming parents and he also lived in the villages of Tottenhill and Hindolveston during his youth. It was here that his love of the countryside was formed.

After attending Fakenham Grammer School, he went to the Norwich School of Art, where apart from general studies, he specialised in fabric design which heightened his colour awareness and composition sense. Whilst in Norwich he was taught by, and became familiar with the work of, Noel Spencer, Leslie (Dav) Davenport, Leslie Moore, Tom Griffiths and Geoffrey Wales.

From Norwich Keith went for teacher training at Liverpool School of Art. Here apart from Teaching practice he was studying various printing methods and Art History attached to Liverpool University.

Keith returned to Norwich School of Art for more studies, including life classes and portrait painting and then went to Lowestoft Art School to lecture in Design classes and teach fabric design, including weaving.

Whilst at Lowestoft he met fellow lecturers, Tom Hudson, Jefferey Camp, Victor Pasmore and visiing artists. Keith was experimenting with more modern styles of work under their influence and example.

After working at Lowestoft he moved back to Norwich and began exhibiting with the “Norfolk & Norwich Art Circle” (with whom he was a life member), and attended meetings with the “20 Group”. In the 1970s Keith began to concentrate on watercolours, and his work quickly became very successful with local exhibitors and collectors, and also showing regularly in London with the “Royal Institute of Watercolour Painters” and had exhibited with the “Royal Watercolour Society”. Keith and his wife ran a very successful greetings cards and prints business for 10 years, featuring reproductions of Keith’s original watercolours.

When the business became too demanding time wise they sold it, and Keith, who had retired very early from teaching, returned full time to working mainly in oils and had works accepted and hung in the “Royal Academy Summer Exhibitions” and the “New English Art Club”.

He continued to work in both oils and watercolours. in recent years Keith produced a series of seasonal modern works in oil, worked up from on spot drawings and watercolour studies. Many of the oils were influenced by the work of Bonnard and other post-impressionists. Keith enjoyed a long association with Tudor Galleries where he held frequent exhibitions showing both his watercolous of Broadland landscapes and oils of old Norwich.
Keith Johnson died on the 16th December 2018. 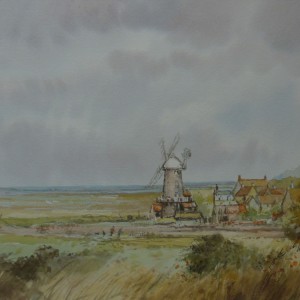 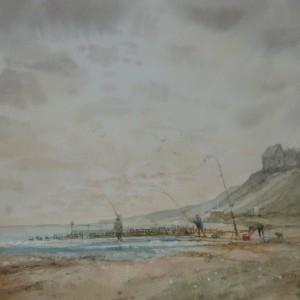 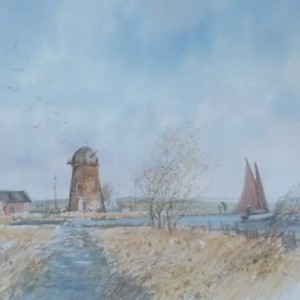 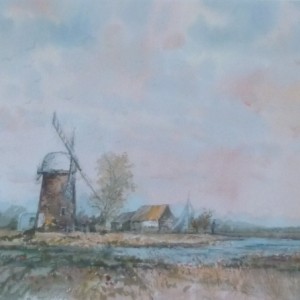 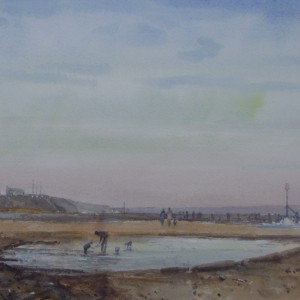 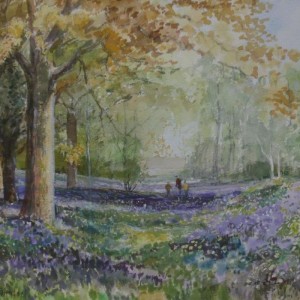 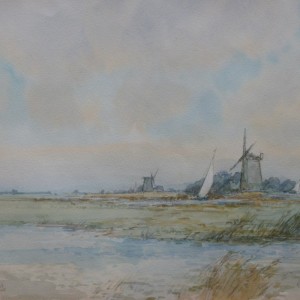 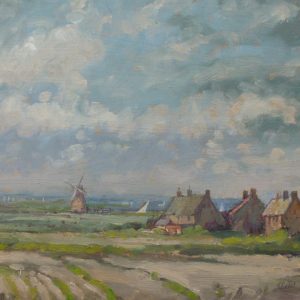 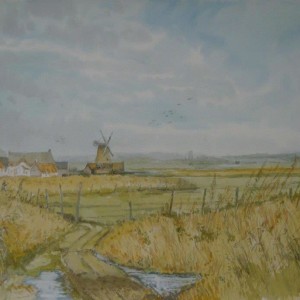 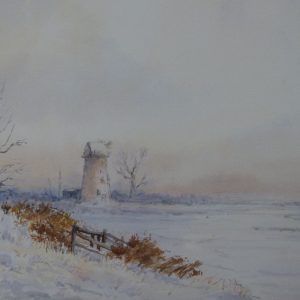 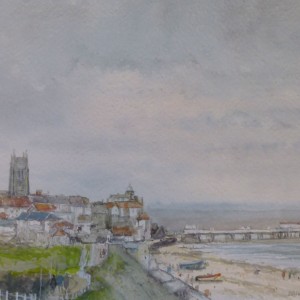 Cromer from the Cliffs (2) 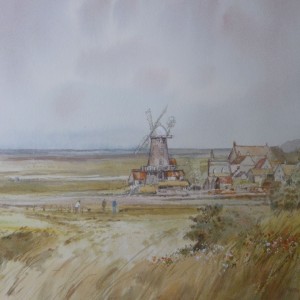 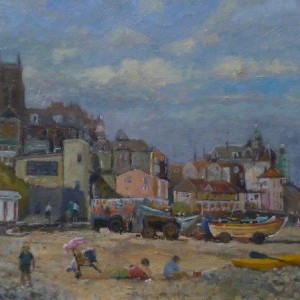 On the Beach, Cromer, Norfolk 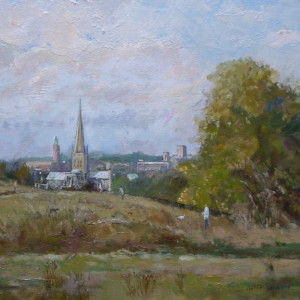 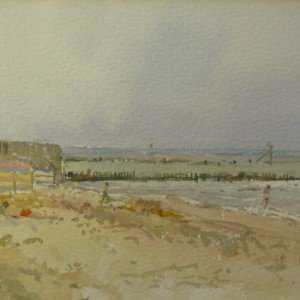