Joseph West was born on 2nd April 1882 at Farnhill near Keighley in Yorkshire and subsequently lived in Keighley.

He was a painter of landscapes, animals and coastal scenes in watercolours and studied art at the ‘Yellow Door School’ in Beckenham, exhibiting between 1913 and 1931 at various venues. 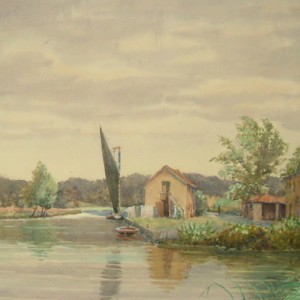 X (SOLD) Bramerton on the Yare 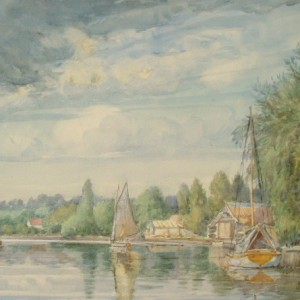