Born in Canada in 1932, Joe Godderidge became a Norfolk farmer who took up painting in 1969, having always been good at art.

Working with horses since he was young, he ‘always had a hankering to use them again’ and, in 1974, he bought a shire and bred three mares which he used for general farm work, being one of the few farmers in the country using the heavy horse breed in the traditional way. Joe said in a press interview in 1988 “They work very well for a small farm, ploughing and carting. They are a viable work unit, not singly but used as a team. They can do what a medium-sized tractor can do. You can get on the land with them when you can’t with a tractor. I would recommend them to any farmer, if they like the animals”.

By day Joe farmed and by night he became an artist and he started by painting a few heavy horses which proved highly successful encouraging him to specialise in using his three shires – ‘Blossom’, ‘Anna’ and ‘Peggy’ as his ‘models’. He paints from memory “I just set the board up. Idon’t know what I am going to do. I start to make marks. I slip the halter off my imagination and see what happens.”

Joe’s work has been exhibited widely and his paintings hang in many private collections. His ‘Horses’ are also enjoyed by people all over the world as one of the largest art publishers ‘Medici’ have produced Joe’s images as Birthday and Christmas cards. 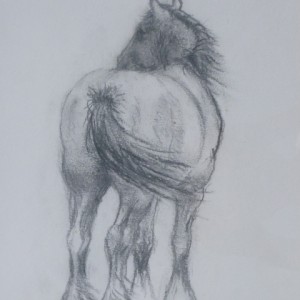 X (SOLD) A Swish of the Tail 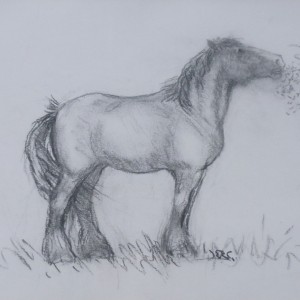 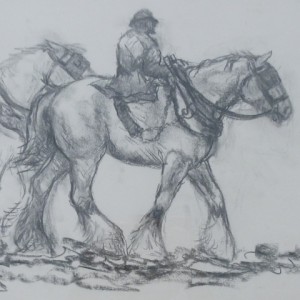 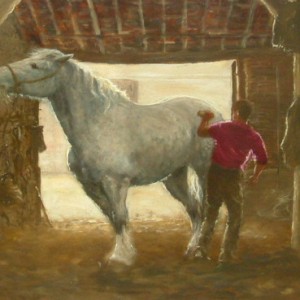