Born in London, now living in Suffolk, Jacquie was always mad about horses but not being able to own one of her own she created them for herself – on paper. “Horses are the starting point for me and as a small child they were the one thing that caught my imagination and I fell deeply in love with them.” “Because I was never able to have a pony of my own, I just painted them to bring life in my art.”

Jacquie had no formal art training but, inspired by her brother who was a talented artist, she spent hours sketching images from her mind’s eye. Aged 16 and after having worked for a short time as a window dresser, Jacquie’s love of horses and racing became so strong that she went to work for Henry Cecil, the Newmarket trainer where she had a couple of amateur rides. Following her artistic dream, Jacquie left Henry Cecil’s yard and set up her studio. Most of her work features horses but other animals and people are also included in her paintings.

Jacquie painted on china for a while and it was during this period that her individual style developed. In the early days when she was struggling to establish herself, Jacquie gave herself an ultimatum: How much was she prepared to sacrifice for her work? The answer was “I felt I would give my life. There was no compromise.” Lately Jacquie has branched out into clothing using her images onto the fabric and making garments that are not items of fashion but works of art. She has already designed two scarves for The Princess Royal and one for Epsom Racecourse.

Jacquie’s paintings are exhibited in Harrods and her work is known throughout the racing world from Newmarket to the Emirates.

Jacquie is a regular visitor to the Gulf region where she held her first exhibition in the United Arab Emirates at Nad Al Sheba in 1993. Her vibrant racing scenes on
canvas, paper and silk are highly sought after and she counts Sheikh Mohammed, The Princess Royal and the late Queen Mother among her customers.

In 1998 Jacquie was artist in residence at the National Horse Racing Museum.

She says her relationship with horses has gone beyond loving them – they are part of her. “Nothing worth having is easy to get but I am satisfied in my work and it is so fantastic that at last Iam getting a little recognition too.” 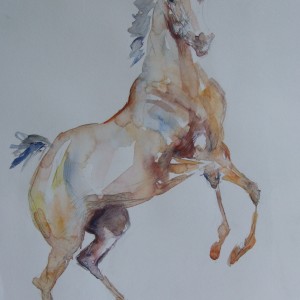 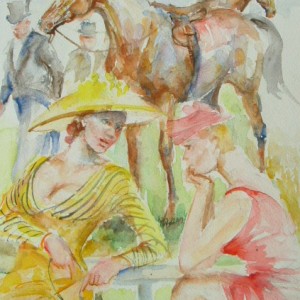 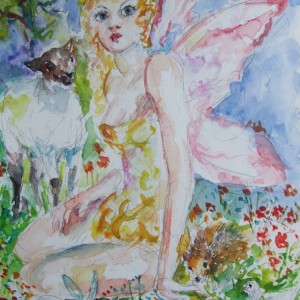 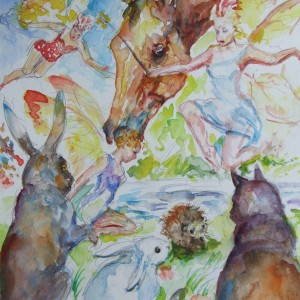 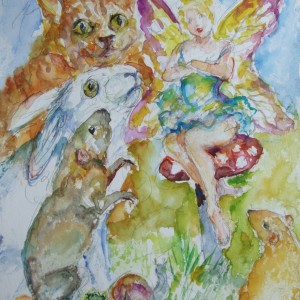 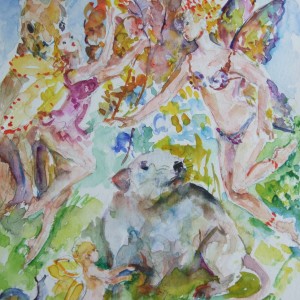 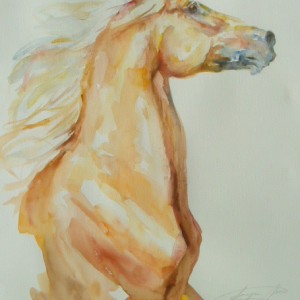 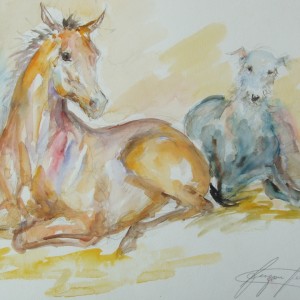 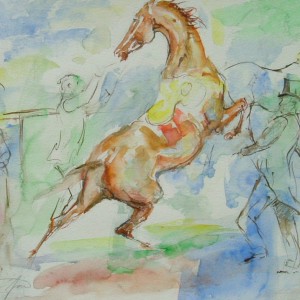 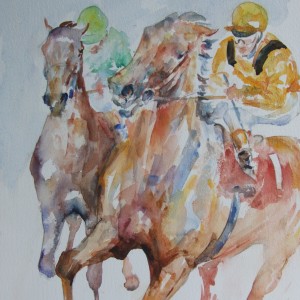 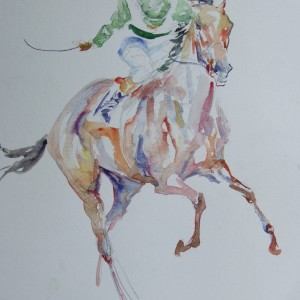 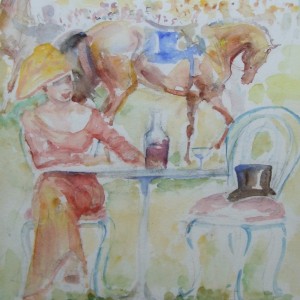