Jack was born in 1900 in Hampshire to Benjamin and Winifred Austin.
At the age of 14 Jack lied about his age and enlisted in the Royal Naval Reserve spending much of the Frst World War minesweeping in the Adriatic He returned home to work as an engineer on the Sandbanks Ferry.
In the 1930’s he married Una Morley and they had a daughter Enid moving to Essex where Jack drove a tanker during the second World War.
The family later made their home in Norwich and Jack travelled around the county selling veterinary products to farmers and often one of his paintings as well!
Although never having had any art training Jack enjoyed painting intricate watercolours of local scenes, the family remarked on his collection of paintbrushes with just one or two hairs in them. Jack’s granddaughter Alison Smith who kindly supplied us with this information also added that she has very clear memories of her grandad painting and in adding his personal touch to his pictures he often included his granddaughter in the scenes depicted as a small figure with blonde hair in a red coat!
Jack always recycled everything including using backs of paper and boards to paint on, when reframing several small miniatures Tudor Galleries noted that some had been painted on garage work sheets!
Jack’s talent may have been in his genes as his paternal grandmother was Julia Sisley and she was a cousin of the renowned painter Alfred Sisley.
Jack Montague Austin died in 1984. 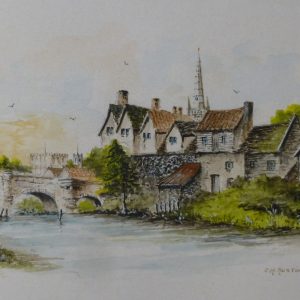 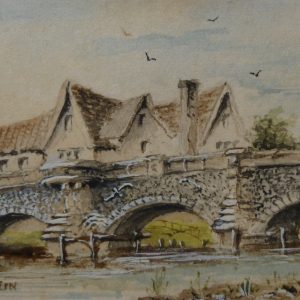 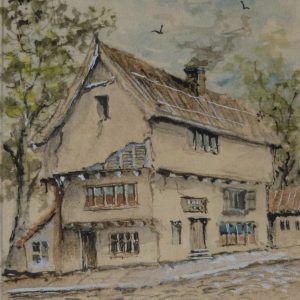 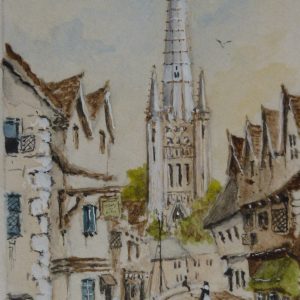 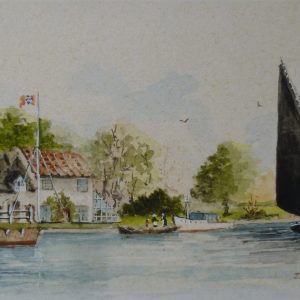 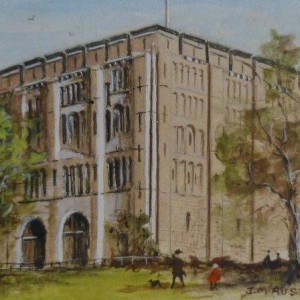 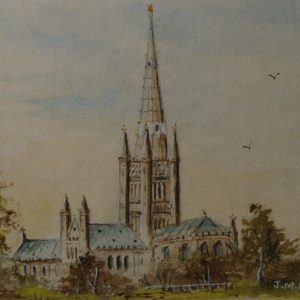 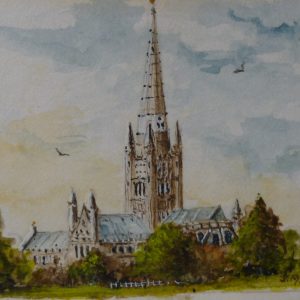 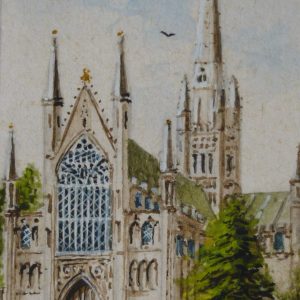 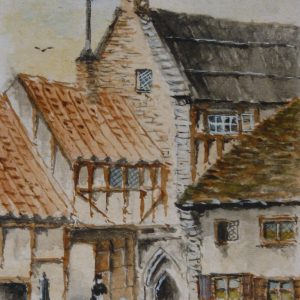 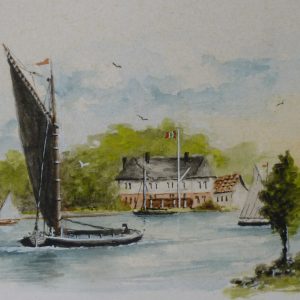 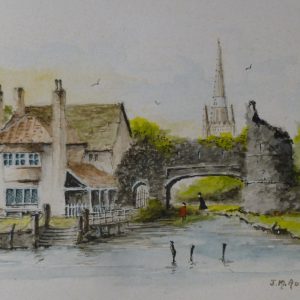 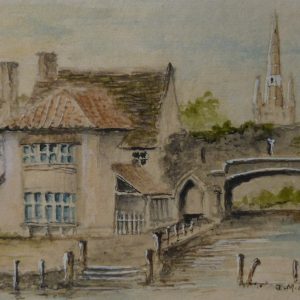 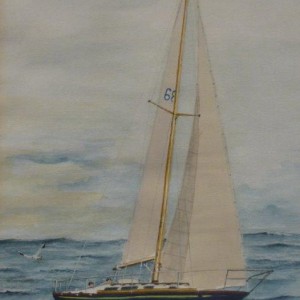 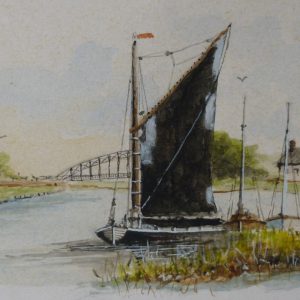