Jack was born in Wells, Norfolk in 1914 and had always enjoyed painting and drawing.

As a young boy he was introduced into wildfowling by his father which became Jack’s great love so much so that, in later years, he was a founder member of the Wells Wildfowlers. He was also involved in competitive sailing in the small boats called ‘sharpies’.

Leaving school at 14 Jack went to sea, working for the family firm fishing for whelks.

During the war Jack served six years in the Royal Navy based at Scapa Flow and also at Liverpool serving on Motor Torpedo Boats and Mine Sweepers. It was during his time at Liverpool that Jack made several trips to Ireland and he found to his delight that, by painting pictures of Irish cottages he could sell them for “beer money” at five shillings each. Jack had often told the story of when he painted his first 100 watercolours and not being satisfied with the results he threw them into the sea and watched his early efforts float away!

Leaving the Navy, having reached the rank of Petty Officer, Jack returned to the family business and was a fisherman for 50 years. Jack also served for 44 years as Bowman of the Wells lifeboat crew alongside his brothers. In 1965 HRH Princess Marina, Duchess of Kent, was invited as President of The Royal National Lifeboat Institution to name the new Wells lifeboat – “Ernest Tom Nethercote” and was presented with a ‘Jack Cox’ painting of the boat. Jack and his fellow crewmen all dressed smartly for the Royal occasion but Jack still insisted on wearing his “cut-off wellies”.

Jack was an entirely self-taught artist and his inspiration stemmed from his early years wildfowling with his father. While waiting quietly contemplating in the marshes and creeks, he had time to study the surrounding beauty of North Norfolk and absorb the colours which he later conveyed onto paper, board and canvas. Jack’s love of the sea shone through his work often depicting inland creeks, harbour scenes, the open beaches of Holkham and the wild geese flying over Wells which in Jack’s words provided “that little bit of movement”. His interests also extended to the countryside and its wildlife with ‘pheasants’ having been the subject of numerous paintings.

Jack’s early work was structural beginning with water colours progressing to oils and later to acrylics with added mixed media. Over the years his style became loose and he even used his thumb to achieve the desired effect. 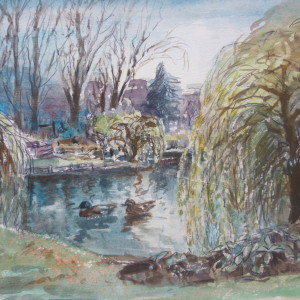 Please note there is a faint crease in the paper running across the painting which does not distract from the subject. The price has been adjusted to reflect this small defect. 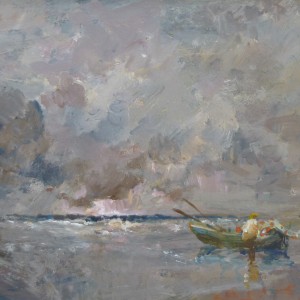 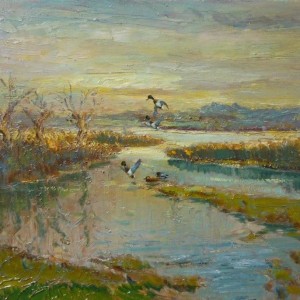 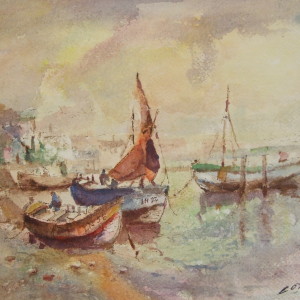 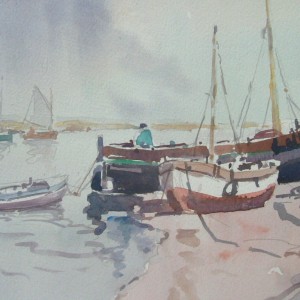 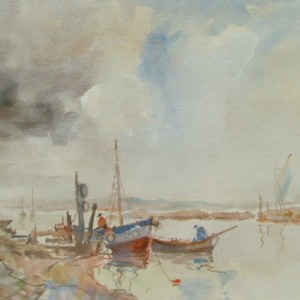 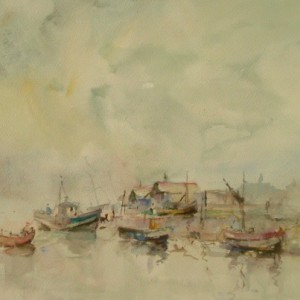 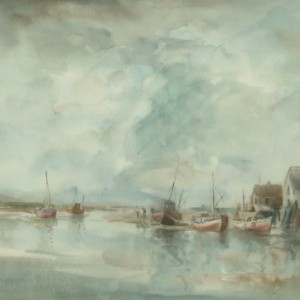 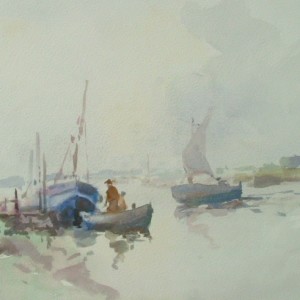 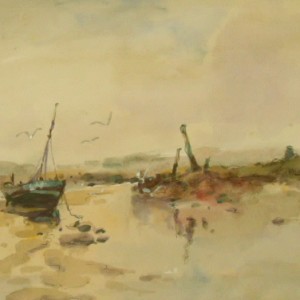 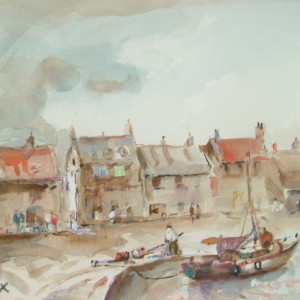 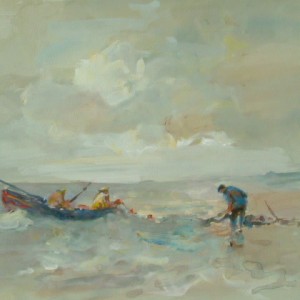 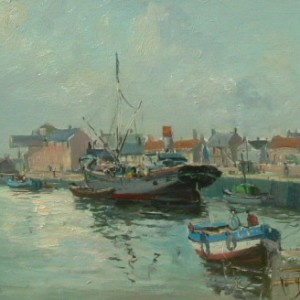 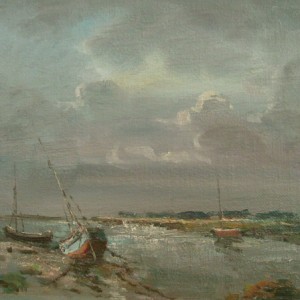 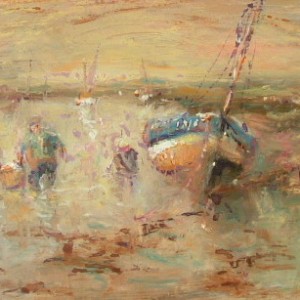