Harry Clow was born in London and his work covered many subjects both period and present.

He left school at the age of 15, working in studios and agencies gaining a grounding in all aspects of Commercial Art. Harry later specialised in photographic retouching, then to illustration, building a successful commercial career in a freelance capacity.

Harry’s illustrations have appeared in all types of literature and many publications, the largest and most comprehensively being on Military History (land, sea and air) from ancient to modern times.

Harry’s seascapes have been admired and appreciated by many shipping companies, professional mariners, and boat builders internationally. His commissions are in many private collections and Leading Fine Art publishers have produced his limited edition prints. 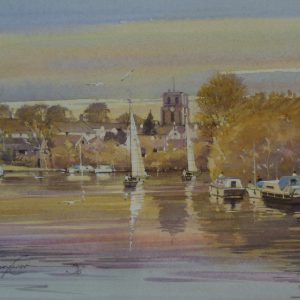 Evening on the River, Beccles 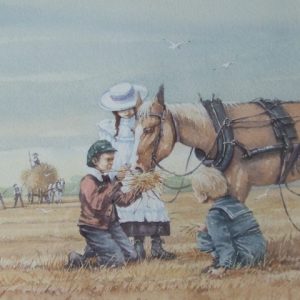 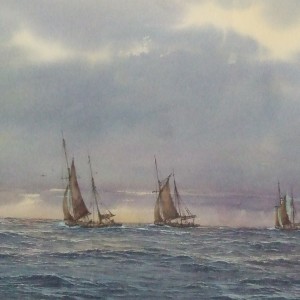 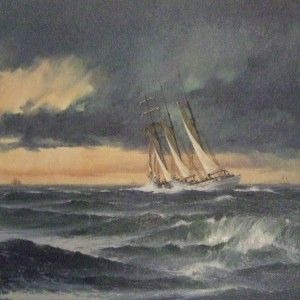 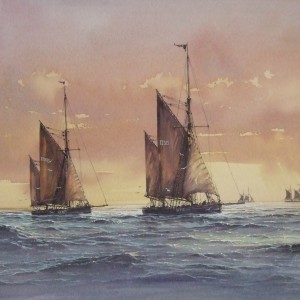 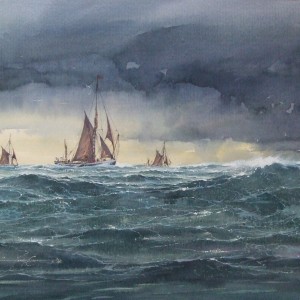 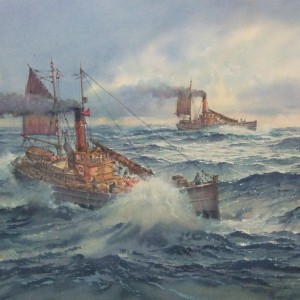 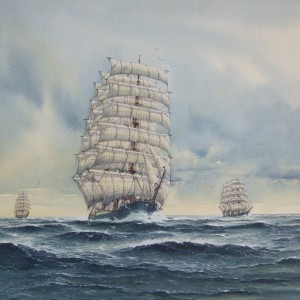 Windjammers on the Grain Run