Charles A Hannaford was educated at Devonport High School and studied art at Plymouth Art School.

Although he inherited his father’s artistic talent he went into the banking profession. On retiring from Lloyds Bank in 1935, he settled in Wroxham,Norfolk where he founded “Broads Tours Ltd”. As well as running the business, he used his talent in producing delightful watercolours. Many of his painting were illustrated in the small booklet he produced entitled “The Charm of the Norfolk Broads”. This also featured
a centrefold map with drawings of mills, inns and all the landmarks showing places of interest along the waterways and the larger Broads.

Charles A Hannaford found great inspiration from the ever-changing mood and colours of the Broads. His paintings became popular and familiar to those who sailed and hired cruisers from the Broads Tours Company, along with many who enjoyed river trips on the larger passenger launches. His work also achieved wider acclaim as he exhibited with the Royal Society of British Artists.

Charles A Hannaford painted right up to his death on 8th August 1972 age 85. 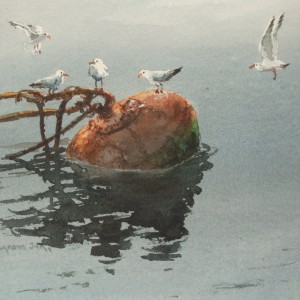 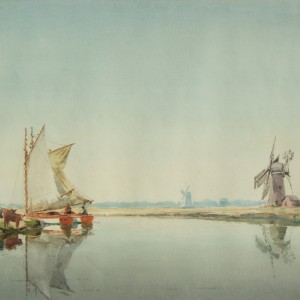 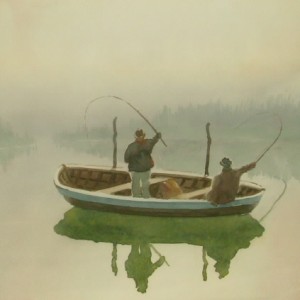 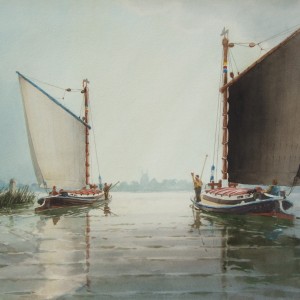 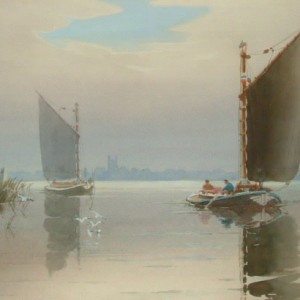 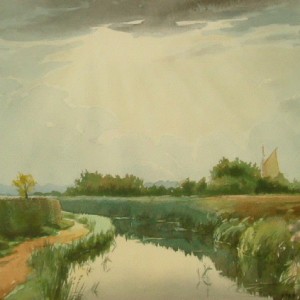 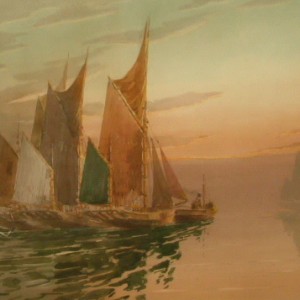 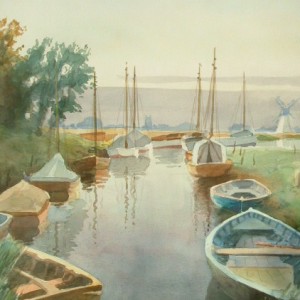 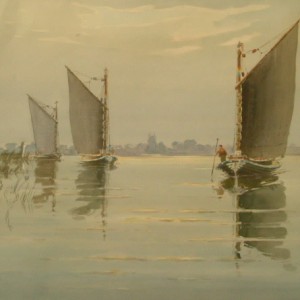