C H Harrison was born in 1842, Great Yarmouth, in what was known as Row 33 and was apprenticed to a sign writer in the Row 45 workshop of a Mr Platt. It was here that he learned about mixing and applying paints along with developing a knowledge and sense of colour. In his spare time Harrison completed his education by reading, visiting exhibitions and studied the Norwich School of Artists especially the works of Crome and Cotman.

In 1859 he joined the Yarmouth Artillery Volunteers and later the Rifle Volunteers. In 1870 he was given an unwanted box of watercolour paints and discovered his artistic ability in this particular medium. He soon found that his paintings of the Norfolk landscape as well as seascapes rapidly attracted the attention of local art patrons and he therefore embarked on becoming a professional artist.

In 1877 following the death of his first wife he remarried and moved to London hoping that it would help him improve his painting and to gain valuable advice on selling his work. Unfortunately this move did not work out well for him and not liking London he returned home to Gt. Yarmouth within a year of leaving.

Once again Harrison concentrated on painting the surrounding Norfolk Landscapes and in 1880 he met fellow artist Stephen John Batchelder developing a lasting friendship with the two of them often going on Broadland painting trips and working together on Batchelder’s small boat, enabling Harrison to capture his evocative scenes of peaceful tree lined backwaters.

By the age of 50 C H Harrison suffered from deafness and rheumatism and he became depressed brought on through ill health and the pressure of having to produce enough paintings in providing for his family of thirteen children. 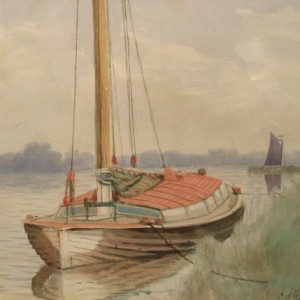 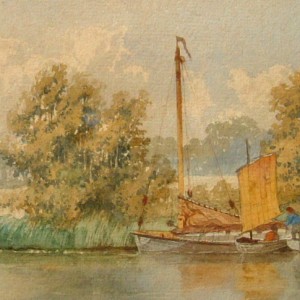 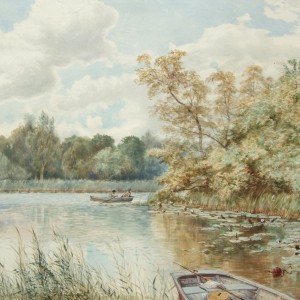 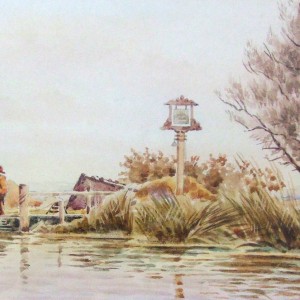 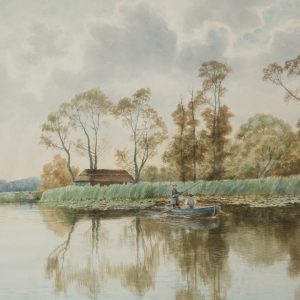