Bennett Oates was born in London in 1928. He had a broad interest in painting and examples of his portraiture, landscape and animal paintings can be found in many private collections but it was his flower paintings that made his reputation.

The studio production of “Grand Flower Pieces” was his preoccupation although he had always found a need of ‘recreation’ to refresh himself in the countryside and his landscape paintings represented a poetic study of his environment. They were all painted within 200 metres of his house which was a hunting lodge that formerly belonged to the family of Anne Boleyn and situated amongst 12 acres of park and woodland with a lake. Bennett Oates considered himself to have been surrounded by enough subject matter and inspiration to last an artist a lifetime.

Now acknowledged as having been one of the finest ‘flower’ artists in the world, his draughtsmanship and technique can be compared with the best of the Dutch School. It was his use of the gentler English hues where strong colours were used ‘jewel-like’ in conjunction with white and pastel shades that produced the subtle quality and restrained taste that made his paintings so unique and highly sought after.

After leaving Grammar School he attended Wimbledon College of Art and studied under the highly acclaimed flower artist Gerald Cooper whose influence can be seen through Bennett Oates’s work. At the age of 15, his first flower painting was accepted at the Royal Academy and he then went on to win a scholarship to the Royal College of Art where he studied with Ruskin Spear and Carel Weight.

Bennett Oates daughter Michelle was apprenticed to her father and is now a highly acclaimed “Flower Painter” in her own right. 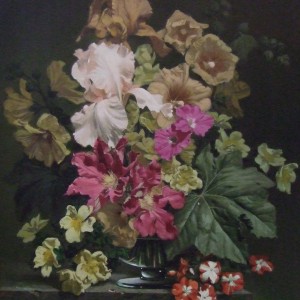 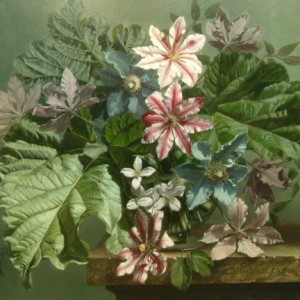 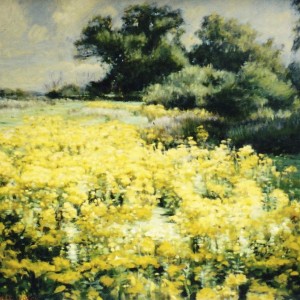 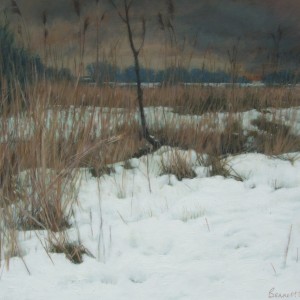