Born on the 11th December 1919 Enid Clarke is a Norfolk born artist who, after exhibiting widely throughout East Anglia with her flower paintings, began to develop a fascination for still life miniatures. In 1983, she was fortunate in meeting a nationally known miniaturist from whom she received tuition in the specialised art of miniature painting.

As well as exhibiting in the major London galleries, Enid has sold to many well-known members of the public and her work is in private collections in the UK, USA, Canada, Spain and France.

1989: The Rose Bowl Award for Best Miniature from the Society of Miniaturists in Yorkshire.

1997: Certificate of Excellence for an “Outstanding Set of Miniatures” from the Llewellyn Alexander’s Exhibition of over 800 miniatures. 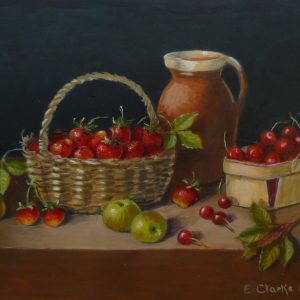 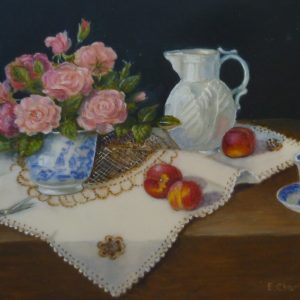 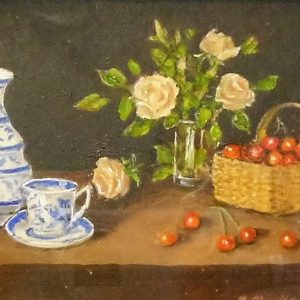 This miniature was painted in 2017 when the artist was in her 98th year – Blue China, Cream Roses with Cherries 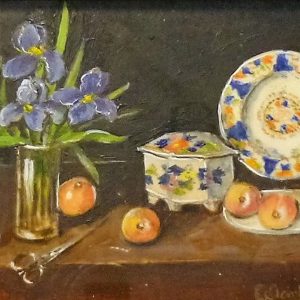 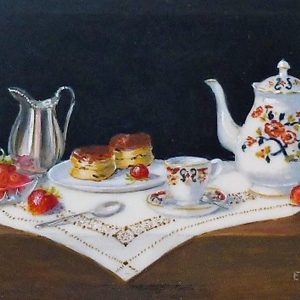 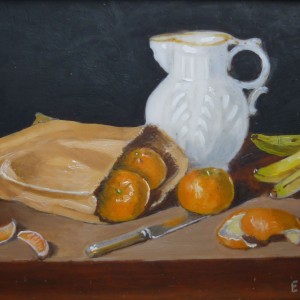 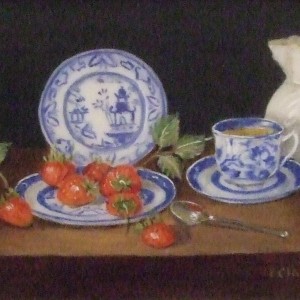 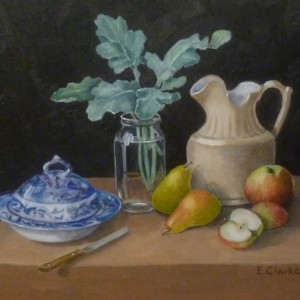 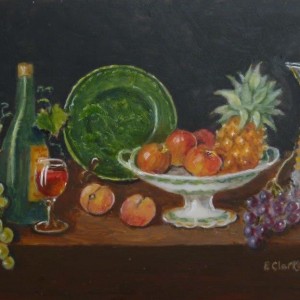 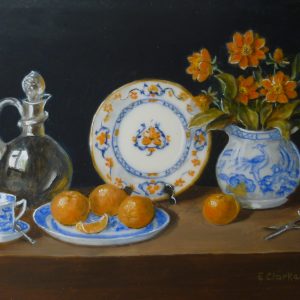 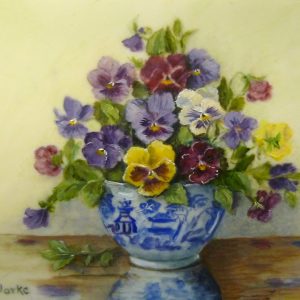 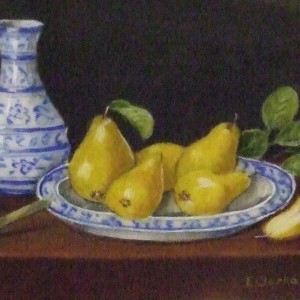 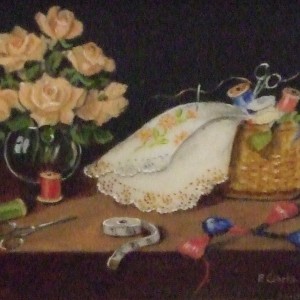 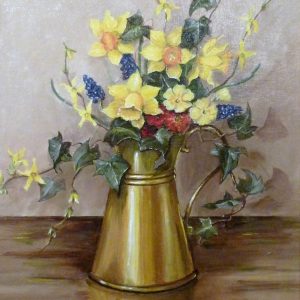 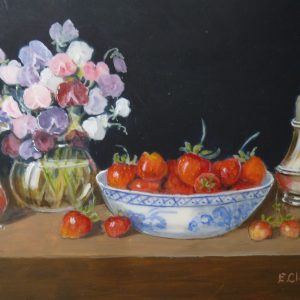